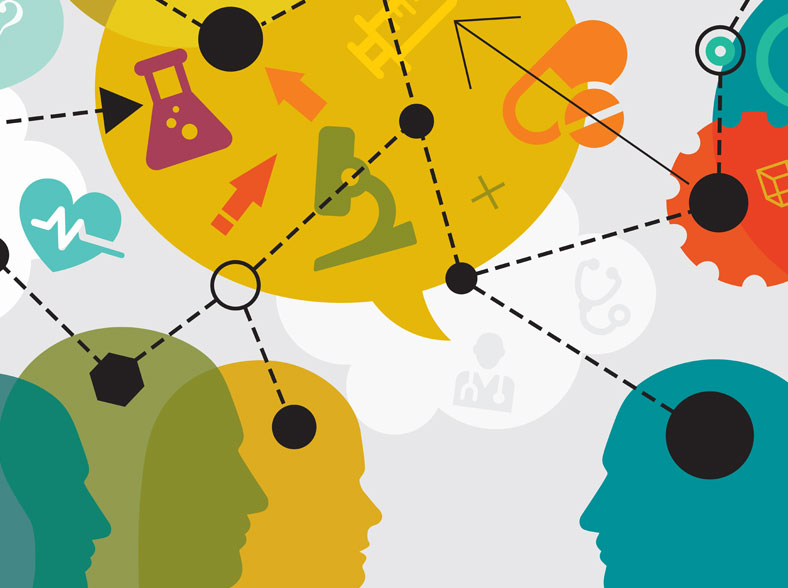 2019 was a notable one for the cancer research community in its quest to prevent, detect and treat cancers.  Below is my ‘top ten’ list of recent notable advances:

Researchers found that when cells undergoing necroptosis (a type of programmed cell death) were injected into tumors in mice, they helped to initiate an anti-tumor immune response. A virus used to deliver genes that drive necroptosis of tumor cells was highly effective in eliminating tumors in mice when combined with anti-PD-1 immune checkpoint blockade.  A combined approach of IBCs and activation of the necrotic pathway may be a beneficial treatment strategy in some cancers.

A recent study tested the proof-of-concept for immune cell sensors being used as a screening tool in cancer.  Using engineered macrophages, researcher designed a synthetic reporter by coupling luciferase to activation of the Arg1 promoter to serve as a proxy for tumor detection.  Macrophages could efficiently target 25–50 mm3 tumors, and detect tumors in vivo through both a blood-based assay and bioluminescence imaging.

“Extrachromosomal” pieces of DNA (ecDNA) occur in nearly half of human cancers, but are rarely detected in healthy cells.  A new study determined that ecDNA is so robust because these pieces of DNA are wrapped around proteins in a ring shape, similar to the circular DNA found in bacteria. This ring shape makes it easier for the cell’s machinery to access and transcribe tumor-promoting oncogenes and to adapt to environmental changes.  This study is a conceptual advancement for our understanding of how ecDNA contributes to oncogenesis in human cancer.

Syndecan-4 combines with integrins to form cell surface protrusions that sense the environment outside the cell. These structures drive some cell processes behind diseases such as cancer. Stiffening by syndecan-4 activates PI3K in response to movements outside the cell. This cellular “mechnosensing” work opens door to new research pathways and drug targets for certain cancer types.  In addition, extracellular matrix stiffness is known to drive breast cancer. Researchers using a 3D cell culture model of breast cancer have identified the role of chromatin state in the mechanotrasduction.

Researchers have identified a new T cell protein that interacts with the key receptor that detects and responds to cancer antigens.  This new protein (Rasal1) negatively regulates T cell activation and anti-tumor immunity. These findings led to the development of a new form of immunotherapy that modulates Rasal1 and can activate T cells to attack tumors. The approach has been validated in animal models of leukemia and skin cancers.

The composition of tumor bacteria (microbiome) has been implicated in tumor progression.  In PDAC tumors, researchers observed that microbial diversity was markedly higher in PDAC tumors taken from long-term survival patients. Also, patients with high microbe diversity survived longer than those patients with low diversity. Surprisingly, the tumor bacteria found in a given patient were also found in the gut, suggesting gut-tumor microbiome crosstalk.  This raises the question as to whether altering the gut microbiome might be able to positively influence the tumor microbiome. To that end, in a different study, gut microbiome modulation (using fecal microbial transplants) has recently been associated with clinical response to immunotherapy, even in patients who were refractory to anti-PD-1.

In adoptive T cell therapy, tumors are removed from a patient and the cancer-fighting tumor-infiltrating lymphocytes (TILs) are isolated and expanded in the laboratory. Weeks later, these TILs are reinfused into the patient in the hope that larger numbers of these active cells can shrink or destroy any remaining tumors. Data from two clinical trials (one in melanoma and one in cervical cancer) showed complete or partial tumor regression in 38% of melanoma patients and in 78% of cervical cancer patients.

The American Society of Clinical Oncology (ASCO) has named progress in treating rare cancers as the 2019 Progress of the Year.  Identifying new treatments for rare cancers (those representing ~20% of cancer cases) has been challenging, partly due to the relatively small number of patients available to participate in clinical trials as well as limited market incentives. This year, five treatment advances — mostly new targeted therapies — were reported for rare cancers, including anaplastic thyroid cancer, desmoid tumors, midgut neuroendocrine tumors, uterine serous carcinoma, and tenosynovial giant cell tumor.

Kras drives tumor growth in many types of cancer, but has been considered “undruggable” in part due to its smooth surface which provides no drug-targeting pockets.  Now two groups have reported a novel small molecule drug aimed at the KRASG12C mutant, which shows marked tumor regression in several tumor models.

National legislation was passed this year prohibiting the sale of tobacco and e-cigarettes to anyone under the age of 21. The National Academy of Medicine estimated that the vast majority of adult smokers (~90%) begin smoking before the age of 19. In a study authored by the NAM in 2015, banning tobacco sales to those under 21 was estimated to result in a 12% decrease in tobacco use by the time those teenagers became adults. As tobacco kills over 500,000 Americans, this reduction would translate into approximately 60,000 lives saved each year.