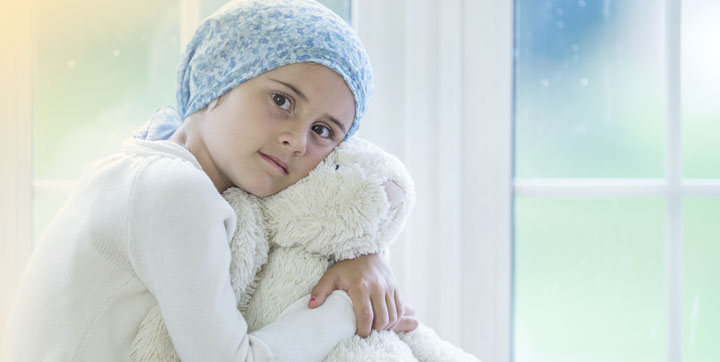 Medical advances have contributed to a near doubling of life expectancy over the past century and will produce more than 1 billion individuals over age 60 worldwide. However, this monumental achievement has also fueled dramatic increases in the incidence of diseases such as cancer.

As a father to three teenagers, a son whose father lost his battle with cancer, and a physician-scientist specializing in cancer research, the facts about cancer deeply trouble me. Cancer will claim 100 million lives worldwide over the next 10 years. One in two men and one in three women will face cancer in their lifetime. Seventy percent of cancers occur in low- and middle- income countries, and an overwhelming majority of these populations do not have access to advanced cancer care. The economic impact of cancer will exceed $3 trillion annually while the social and emotional toll on patients and their families are incalculable.

But up to 50 percent of cancers are completely preventable. And, while cancer skyrockets after age 60, the opportunity to prevent cancer must begin during childhood.

Medical research tells us that many cancer “seeds” are planted during childhood. For example, 88 percent of adult smokers start smoking before age 18 and become lifelong nicotine addicts, potentially leading to lung cancer. During childhood, skin-peeling sunburns or tanning bed use can double the risk of melanoma decades later. The tanning culture, in particular, has produced a 700 percent increase in melanoma in women. Childhood obesity can increase the risk of uterine cancer and other cancers. The opportunity to protect ourselves from HPV-associated cancers, such as cervical and throat cancer, necessitates vaccination during young adolescence.

Cancer prevention represents the single greatest opportunity to reduce suffering and death for countless individuals. But it starts with our children.

The Center for Disease Control and Prevention, cancer centers, hospitals, and health care systems, K–12 schools, advocacy groups, and the pharmaceutical industry have worked diligently over the years to educate the world about cancer risk and prevention. However, much more is needed to ensure the conversion of knowledge into cultural and global transformation. Indeed, knowledge is cancer’s greatest vulnerability. Worldwide and permanent societal change is needed to emphasize the value of cancer prevention through public policies that protect children, comprehensive education initiatives that impart knowledge to parents and teachers during the captive K–12 years, and preventative services that are both accessible and affordable.

The good news is there are some well-known and understood ideas we could adopt that will be effective in preventing cancer. The minimum age of tobacco purchase, including e-cigarettes, should be raised to 21. A federal ban should be enacted on tanning beds for minors, and an educational campaign should be established for college age users. Physicians and parents should be educated on the benefits of getting the safe and effective HPV vaccine.

Cancer prevention is a childcare issue. Together, we — governments, academic institutions, care delivery systems, educational systems, faith-based organizations, foundations, and philanthropists — have an opportunity to stand alongside families and do our part to protect the next generation. It’s up to us to act.