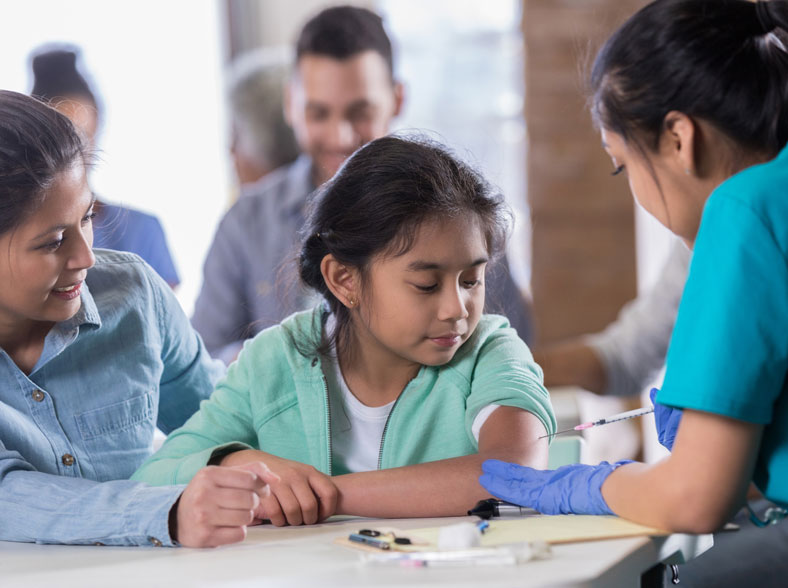 As the father of three children and a physician, educator and scientist, I always make sure to impart my health and wellness knowledge to my children (currently 15, 16 and 18 years old) – doing everything possible to mitigate risk for disease later in life.   When it comes to cancer, it is notable that up to 50% of all cancers can be prevented worldwide simply by applying the knowledge in hand today into simple practices.  Despite this amazing opportunity, there is a widening GAP between “knowing and doing” that places the future of our children in jeopardy.  More importantly, most parents do not appreciate that many of these preventive actions must take place during childhood in order to avoid cancers decades later.  Closing this GAP will dramatically protect the health of current and future generations and reduce the burden of disease.

Comprehensive prevention policies, strategic coordination across an uncommon table of stakeholders, innovation, technology and engagement of our youth are key strategies to bridge the GAP ultimately saving millions of lives and trillions of dollars.  This especially rings true when it comes to vaccinations.

Alexis, my first born, is a senior at St John’s and will be headed off to Fordham University in New York this fall.  I always enjoy my conversations with Alexis – she is bright, educated, curious, and a gifted writer. Recently, while watching the news together, our conversation turned to health (see tips below to stay strong and healthy and reduce your risk of getting cancer) and specifically the recent measles virus outbreaks.  In the course of that conversation, she shared with me that she had written an article about vaccination for her US Government and Politics class.   As a nation, we must address vaccination and protect our youth – it is a childcare responsibility.  But don’t take it from me – take it from an 18 year old whose future is at stake.

On January 25, Washington state officials declared a state of emergency due to an ongoing outbreak of measles spreading across Clark County, an anti-vaccination hotspot in Washington, one of the 18 states that allows parents to refuse school-mandated vaccines due to “philosophical exemptions”. As of April 16, more than 73 cases have been confirmed in the county alone.

The measles virus was declared eliminated in the US in 2000, to the Measles, Mumps, and Rubella (MMR) vaccine, as well as the regulatory efforts of the U.S. Department of Health & Human Services (DHHS) and the Centers for Disease Control and Prevention (CDC). But in recent years, CDC data suggests that measles is resurging: as of April 11, 555 individual cases have been reported across 20 states, including Texas.

There is no legitimate empirical evidence of vaccines doing more physical harm than good. The original conspiracy, which linked vaccines with higher rates of autism, has long since been invalidated. Despite this, the belief in such myths still persists to the point where the World Health Organization (WHO) has listed vaccine hesitancy as one of the top 10 global health threats of 2019.

Anti-vaccine parents, frustrated with public school mandates, have cited rights to freedom of religion, privacy, equal protection, and education as reasons to allow unvaccinated children into public schools. But the choice to forgo vaccination isn’t just personal, and the federal government shouldn’t allow states to treat it as such.

Choosing not to vaccinate a child isn’t a choice with isolated consequences. Unlike choosing to forgo medical treatments at one’s own risk, not vaccinating a child is a matter that affects every individual said child comes in contact with. Every single unvaccinated child admitted to a public school, despite a parent’s intentions, is a liability to themselves and others.

High immunization rates protect the whole of the population. Herd immunity breaks the chain of disease transmission, preventing outbreaks and shielding unvaccinated individuals from infection. Without it, the introduction of a virus implicates not only the willfully unvaccinated, but those who cannot be vaccinated for legitimate medical reasons.

Policies allowing unvaccinated children in public schools endanger immunocompromised individuals (such as chemotherapy patients, transplant patients, and those who suffer from HIV/AIDS), those allergic to vaccine ingredients, and vulnerable populations (such as infants too young for vaccination, pregnant women, and the elderly). The government has a responsibility on both a state and federal level to protect such individuals who cannot choose to be vaccinated over those who risk the safety of themselves and others by choice.

By allowing for exceptions to policies that ensure the safety of public schools, states unfairly prioritize the misinformed  decisions of parents over the wellbeing of their children. Because of the different policies across states, unvaccinated individuals have clustered in states with lax regulations, forming so-called anti-vaccination hotspots, where vaccine-preventable diseases have the potential to devastate communities.

Religious belief exemptions, while more understandable, should also be regulated to prevent the use of such exemptions as loopholes. The government should require all parents to demonstrate that their religion expressly forbids vaccination to obtain religious exemptions (leaders of most major religions have made statements encouraging immunization). Even medical exemptions are being misused; despite legislative efforts that banned personal and religious exemptions in California, parents have bypassed laws by paying for fraudulent medical exemptions.

Opponents of compulsory vaccination for public schools raise varying objections. The most legitimate of those objections, however, often implicate infringements on the Fourteenth Amendment right to due process. Nonetheless, the Supreme Court has maintained that it is well within the police power of states to compel vaccination in the interest of the public health. For example, in Jacobson v. Massachusetts, the Supreme Court upheld that “upon the principle of self-defense, of paramount necessity, a community has the right to protect itself against an epidemic of disease which threatens the safety of its members.”  In addition, the right to privacy, like all other freedoms granted by the Constitution, is subject to limitation. For example, as stated in Schenck v. United States, the right to freedom of speech “would not protect a man in falsely shouting fire in a theatre.” Likewise, the right to privacy dictated in the Fourteenth Amendment does not protect actions which jeopardize the lives of others. Though opponents might disagree, regulations on religious exemptions are not in violation of the right to religious freedom guaranteed by the First Amendment, which, as stated in Prince v. Massachusetts, “does not include liberty to expose the community or the child to communicable disease or the latter to ill health or death.”

It is true that states reserve a Constitutional right to determine policy regarding public education, safety, and health. However, the elastic clause dictates that the federal government holds power to oversee such policies so long as it is necessary and proper to maintaining the general welfare. The government also has a responsibility to uphold the Fourteenth Amendment Equal Protection Clause by providing a safe school environment for those who are incapable of being vaccinated and have medical exemptions. Since states are unwilling to do so, the federal government must establish a national standard for child vaccination by revoking personal belief exemptions and compelling states to regulate religious exemptions as a means of protecting the general welfare of the people.

The ability of parents to deny a child healthcare is dubious in itself, and the legal right of parents to make healthcare decisions has never been—and never should be—absolute. Generally, when a parent puts a child at risk of physical harm, we recognize it as abuse or neglect, regardless of whether the parent believes they have the right to do so. Depriving a child of proper healthcare shouldn’t be any different—especially if it interferes with the safety of others.