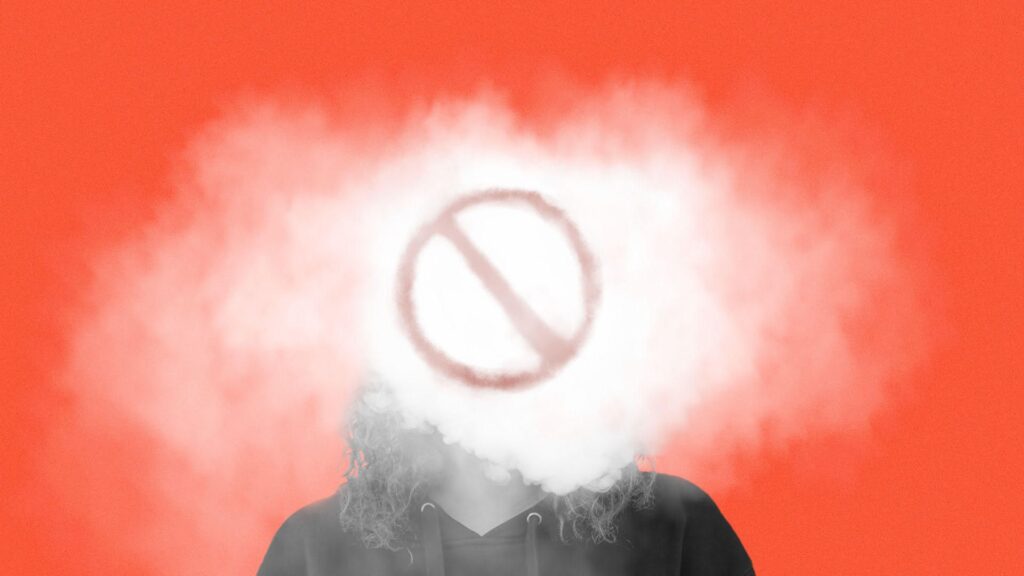 The delay in implementing comprehensive regulations for e-cigarettes has contributed to a growing crisis of vaping-related illnesses and deaths across the U.S. and poses particular risks to young adults.

The big picture: E-cigarette use by American teenagers has surged, and the dangers are heightened by unsafe black market vaping devices and THC cartridges. But a recent flurry of regulatory activity by states looks set to continue, with federal action following shortly.

Context: E-cigarettes can have a positive impact on public health when used as a substitute for tobacco, which claims 480,000 American lives annually.

*However, e-cigarette companies have also targeted vulnerable youth with clever marketing campaigns and appealing sweet flavors, which can be perceived as less harmful than tobacco flavors.

*The nicotine in e-cigarettes is highly addictive. Consequently, high school vapers adopt traditional cigarette use at rates 4 to 7 times those of their non-vaping peers.

What’s happening: To curb youth vaping, cities and states have begun to raise purchase ages and issue their own bans on e-cigarette flavors.

*Meanwhile, major retailers such as Walmart, Costco and Kroger have stopped selling e-cigarettes.

*Yes, but: These well-intentioned measures could inadvertently jeopardize longstanding efforts to reduce adult tobacco use.

What to watch: Despite having first asserted its authority over e-cigarettes in May 2016, the FDA acknowledged last month that it should have acted sooner and more aggressively. A groundswell of federal policy efforts could soon play catch-up.

*An expected FDA ban on flavored e-cigarettes should lessen vaping’s appeal to young adults. The agency has already recommended that consumers buy vaping products only in stores and refrain from using them with THC oil, which has been linked to many of the recent illnesses and deaths.

*The Senate is considering a “T21” provision in the Lower Health Care Costs Act to raise the age of purchase for tobacco and e-cigarettes from 18 to 21 nationwide.