Leaders, particularly those in healthcare, need to focus their efforts on fostering high-functioning and high-performing teams. Lives are on the line. 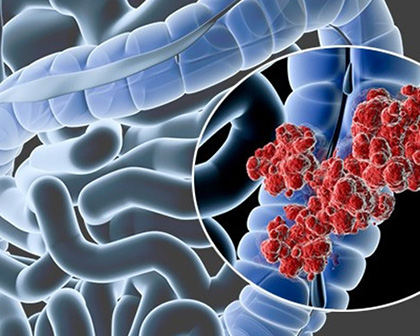 Researchers at The University of Texas MD Anderson Cancer Center revealed the common oncogene KRAS as a possible explanation for why many patients with metastatic colorectal cancer (CRC) do not respond to immune checkpoint blockade (ICB) therapy.

Findings from the study, published in the March 21 online issue of Cancer Cell, shows how KRAS, a key mutation in colorectal cancer, promotes metastasis by controlling the immune-suppressive capabilities of the tumor microenvironment. The study results reveals how KRAS and its downstream target genes interact, supporting further study of a new approach to enhancing ICB therapy.

“The majority of colorectal cancer patients do not respond to immune checkpoint blockade therapy, motivating the need for study of mechanisms and combination regimens with targeted therapies and ICB,” said Ronald A. DePinho, M.D., professor of Cancer Biology. “Our study established an essential role for KRAS in modulating immune microenvironment and primary ICB resistance in advanced CRC.”

“This KRAS-IRF2-CXCL2-CXCR3 axis provides a framework for determining which patients may respond better to ICB, and potentially identifying combination therapy to enhance ICB therapy effectiveness,” said DePinho. “It remains possible that KRAS mutation status in metastatic CRC could be a predictor of ICB resistance when mediated by IRF2 suppression. Our studies suggest the use of combination CXCR2 inhibitor with ICB therapy in patients with advanced CRC who do not respond to today’s standard of care immunotherapy.”

A full disclosure of conflicts of interest can be found with the full study.

The study was funded by the National Institutes of Health (CA084628 and 01 CA117969); the National Basic Research Program of China (2015CB554002); the National Natural Science Foundation of China (81672886, 81773101, and 81872401); and the Cancer Prevention and Research Institute of Texas (RP170067). The study was also supported with funding from the Colorectal Cancer Moon Shot™, part of MD Anderson’s Moon Shots Program™, a collaborative effort to accelerate the development of scientific discoveries into clinical advances that save patients’ lives.